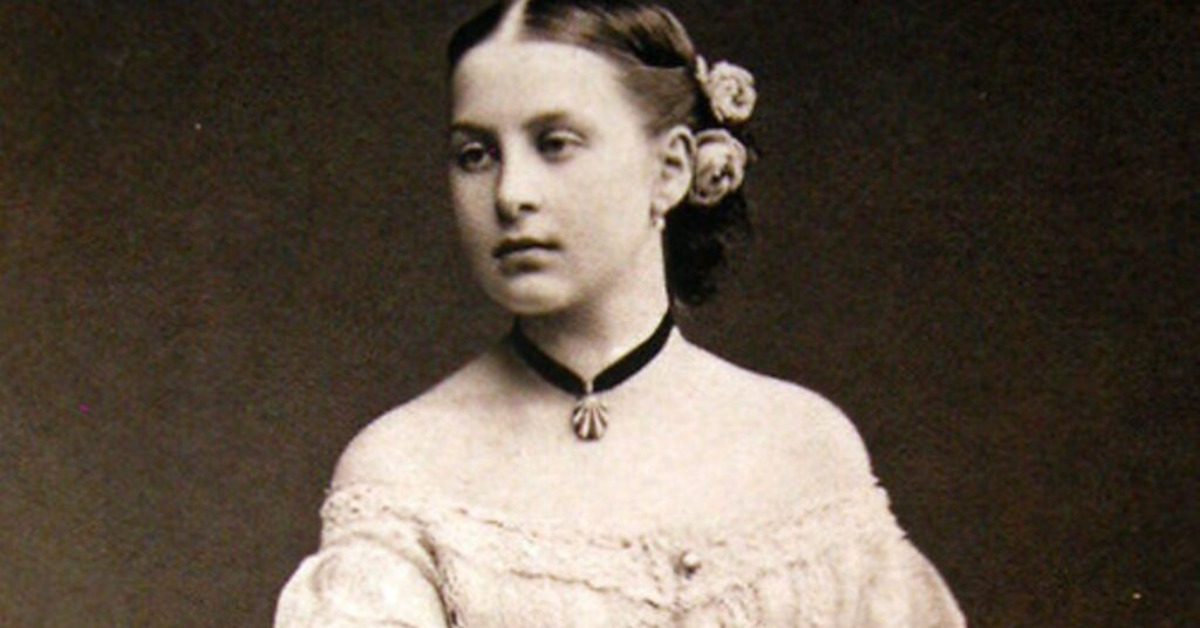 A grand ring fit for a Grand Duchess

Grand Duchess Olga Constantinovna of Russia, once Dowager Queen of Greece, was born at Pavlovsk Palace near St Petersburg in 1851. She was the second child and elder daughter of Grand Duke Constantine Nikolaievich and his wife, Grand Duchess Alexandra, a former princess of Saxe-Altenburg. Through her father, Olga was a granddaughter of Tsar Nicholas I, a niece of Tsar Alexander II and first cousin of Tsar Alexander III.

The young King George I of Greece visited Russia in 1863 to thank Olga’s uncle, Tsar Alexander II, for his support during George’s election to the throne of Greece. They met and the families formed an alliance through marriage. Olga and George married at the chapel of the Winter Palace in St Petersburg in 1867. Over the following 20years, they had eight children.

The King and Queen travelled throughout the year as they found court life rather dull. Summers were spent at Aix-les-Bains in France, visiting relatives in the Russian capital or at Fredensborg and Bernstorff in Denmark, and relaxing at Mon Repos, Corfu.

While on one of these summer holidays in France, The Grand Duchess Contantinovna bestowed on her close aide a diamond flower cluster ring made by the Russian court jeweller Peter Carl Faberge (1846 – 1920) incorporating a total of seven carats of old mine-cut, rose-cut diamonds. Set within the period foil back and encased silver mount collets, the ring is completed by its mounting onto an 18K (750) yellow gold shank with ornate shoulders.

The ring has credentials in the form of a letter of provenance and also a letter of authenticity. The ring has additional hallmarks with the French import swan emblem for Paris (1864 – 1893) following an alteration circa 1890.

In 1913, the First Balkan War ended with the defeat of the Ottoman Empire. Greece was considerably enlarged at the expense of Turkey, but divisions between the victorious powers in the Balkan League soon became apparent.

Whilst the King was out for an afternoon walk in Thessaloniki near the White Tower on March 18, 1913, he was approached and shot at close quarters, resulting in a fatal wound.

His assassin, who was apprehended soon after, was Alexandros Schinas. Olga, who said her husband’s death was “the will of God”, arrived at Thessaloniki the next day. She and her family visited the scene of the assassination and accompanied the body of the king to Athens. He was buried in the royal cemetery at Tatoi Palace.

George and Olga’s eldest son, Constantine, became king and his wife, Sophia of Prussia, became the new queen consort. Olga, as queen dowager, Grand Duchess Olga Constantinovna of Russia and Dowager Queen of Greece died on June 18, 1926. He body was repatriated back to Athens where she was finally laid to rest on November 17, 1936, in the Royal Cemetery, Tatoi Palace, Greece.

The ring was later sold by the family after the Second World War which brought it into the public domain for the first time. Several owners have inherited and subsequently sold the ring over several decades until it arrived at a trade dealer in London’s Hatton Garden. The ring currently forms part of our principal window display in London Street, Norwich. 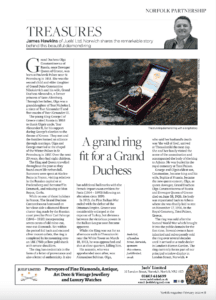