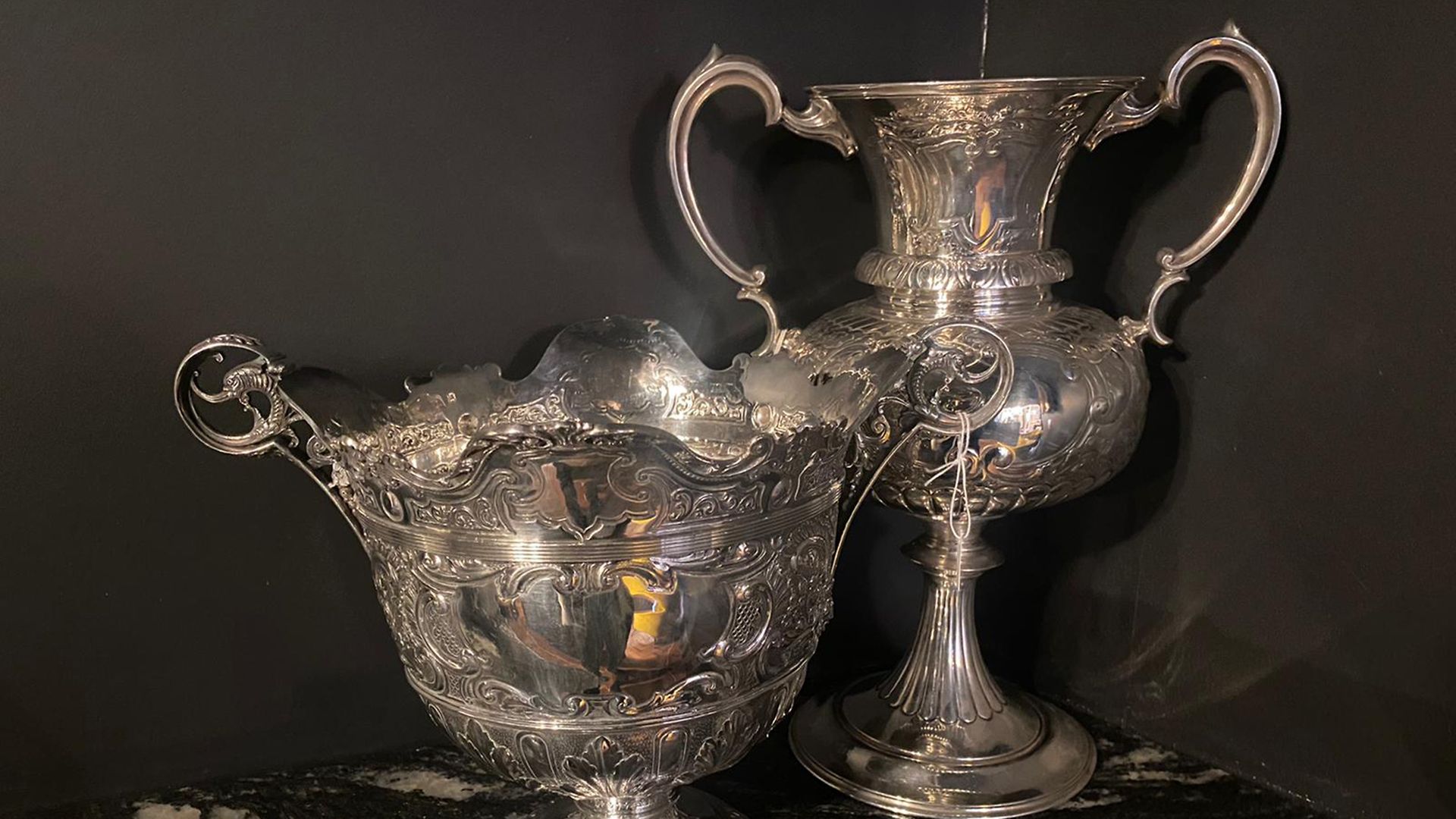 The Other Grand National comes to Norfolk

Grand trophies from another National

Often referred to in racing circles as the Colonial cups, the Scottish and Welsh Grand Nationals have always been considered as somewhat less prestigious than their Grand Aintree counterpart. However, they are just as competitive, races of endurance, stamina and a test of a horse’s agility. All are a true testament of a gruelling long-distance steeplechase for both the horse and jockey.

On our travels to The London Silver Vaults in Chancery Lane and the main traders in Birmingham’s Jewellery Quarter in Hockley we are building a formidable array of silver horse racing trophy memorabilia that would stand proud in any racing museum. Our window displays are constantly growing as we are offered various items direct from trade due the fact most of the traders think we are very near to Newmarket!

Our latest acquisitions are two separate examples representing the Scottish Grand National. It was initially run as the West of Scottish National at a course near Houston, Renfrewshire in 1858. It consisted of 32 jumps, mainly stone walls.

In 1867, after objections, the race moved to Bogside Racecourse, near Irvine. The inaugural winner at Bogside, The Elk, was owned by the Duke of Hamilton. During the early part of its history the race’s distance was about three miles. It was later extended to 3⅞ miles, and became known by its present title in 1880, when it was won by Peacock.

Bogside Racecourse closed in 1965, and the Scottish Grand National was transferred to Ayr the following year. At this point the race was increased to its present distance of four miles.

The first of our latest acquisitions is a very appropriate trophy, being in the form of a thistle. It was made in Edinburgh by the acclaimed silversmiths the Phillip Brothers; however, it was assayed in Sheffield in 1920-1921.

The trophy was presented, along with the winner’s prize money of £5,000, to the owner Hugh Kershaw; the jockey was Lewis Rees and the horse was trained by Owen Anthony. Two years later the horse Music Hall completed the first ever double victory by winning the Aintree Grand National. For his gallant efforts a special presentation was made to commemorate the inaugural achievement.

Our second trophy is in the form of an ornate embossed repoussé bowl hallmarked at the Glasgow assay office in 1902 – 1903. Made by Johnson’s, it was presented on several occasions but granted to Red Rum for his 1974 victory. It was ridden by Brian Fletcher and trained by the legendary Ginger McCain. Following his success in the Aintree Grand National he was allowed to keep the trophy due to his heroic feat winning both races in the same year, an achievement that has never been achieved since.

Several winners of the Scottish Grand National have also won its English counterpart at Aintree. The first to complete the double was Music Hall, the winner of the 1922 Grand National. The feat has been achieved more recently by Little Polveir and Earth Summit.

Our horse racing trophies are on display in our window at our store in London Street. We are always on the lookout to purchase more stock, from items of silver or a tiara to coins and any unwanted gold scrap. 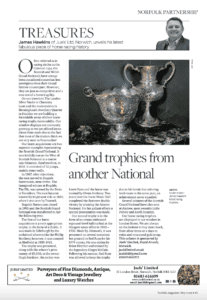