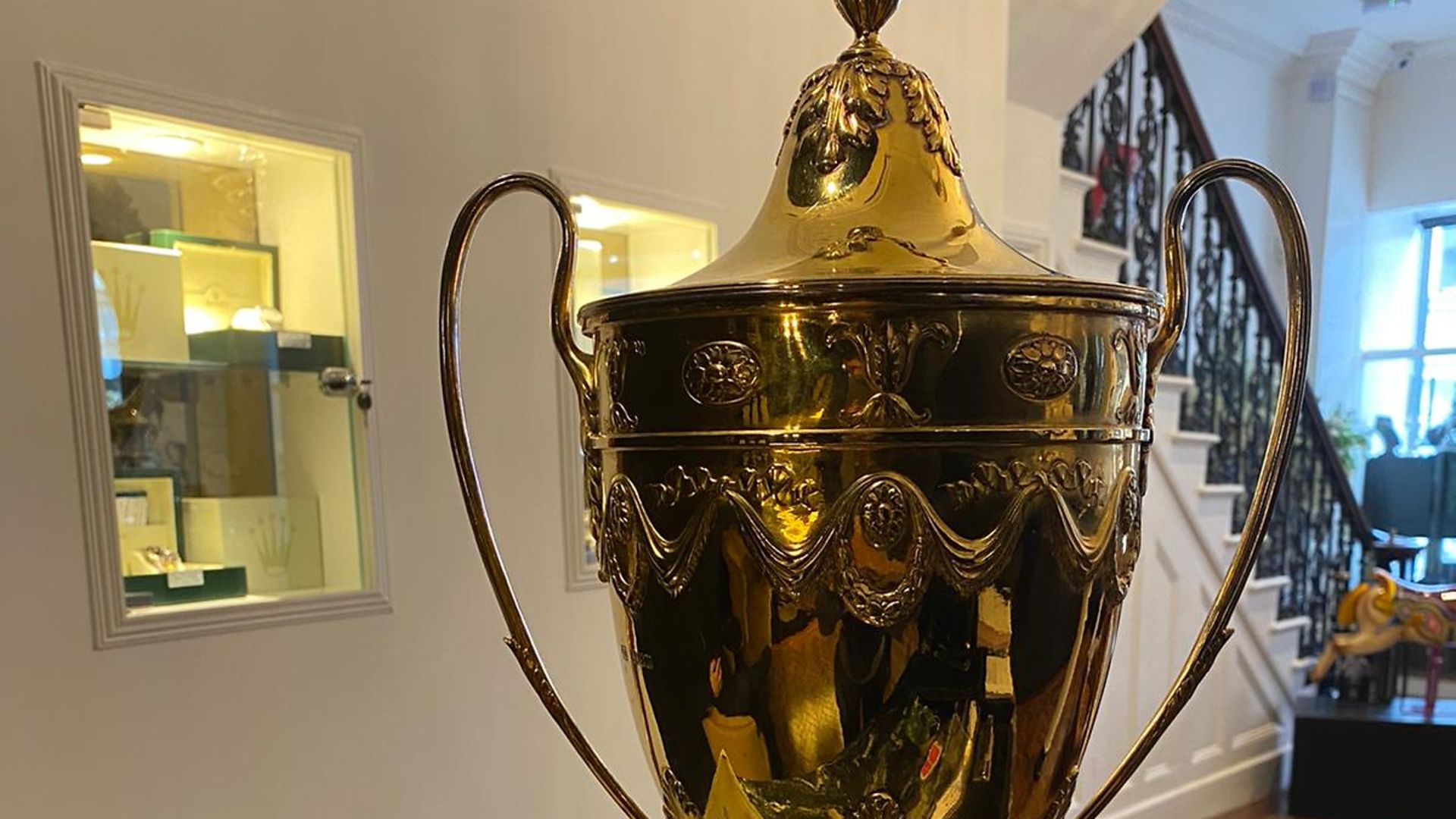 Wonders of the Waterloo Cup

James has acquired a trophy with a long sporting heritage

The Waterloo Cup, a coursing event run annually in Lancashire, was inaugurated in 1836 by Mr William Lynn, proprietor of the Waterloo Hotel in Liverpool’s Ranelagh Street. Encouraged by the extra trade generated by the Waterloo Cup, which drew thousands to the event, the Liverpool entrepreneur turned his attention to horse racing and in 1839 he organised the first running of the Grand Liverpool Steeplechase –better known as the Grand National.

The Waterloo Cup was the premier event in the dog racing calendar and known as the ‘blue ribbon of the leash’, often regarded as the coursing equivalent of The Epsom Derby. The first winner of the Waterloo Cup was a bitch named Milanie, owned by Lord Molyneux, the eldest son of the Earl of Sefton on whose land the contest was run on the plains of Altcar. In addition to stakes of £16, Lord Molyneux won a trophy in the form of a silver snuff box.

The first supreme champion in the sport of coursing was Lord Lurgan’s greyhound Master McGrath who won the Waterloo Cup on three occasions; 1868, 1869 and 1871. The dog became a household name in Britain and such was his fame that Queen Victoria commanded his appearance at Windsor Castle.

Master McGrath set the standard by which all greyhounds would subsequently be judged. The great Master McGrath’s record was finally eclipsed by Colonel North’s greyhound Fullerton, who recorded four consecutive victories in the Waterloo Cup between 1889 and 1892.

For the 1960 event held in February a rank outsider Jonquil (named after a type of narcissus) owned by Mrs Beryl Kerr and trained by Mr John Wright of Holt, prevailed.

Following the first three rounds Jonquil narrowly progressed by luck and tenacity. In the semi-final Jonquil came up against the tournament favourite owned by Mr H E Gocher and heavily backed Expanding Girth. From a good slip and heavy collision Jonquil progressed to the final.

The final was contested between Jonquil and second favourite and expected winner Harry, owned and trained by Mr N. Hardy. Jonquil came out of the slips like rocket and turned gracefully and got the hare first.

Jonquil was recognised as one of the greatest dogs ever to win the trophy. Following the presentation Mrs Kerr held a dinner to celebrate the victory at the Grosvenor Hotel, the meal consisted of soup, grilled Dover sole, roast turkey, peach Melba followed by cheese and biscuits and coffee.

We purchased the trophy made by Carrington’s of London and a host of catalogue documentation and provenance from the Silver Vaults in London last week. It is currently at the repairers in Birmingham’s Jewellery Quarter undergoing restoration and gold gilding. We will add it to our ever-growing collection of Great British sporting trophies for our display window. 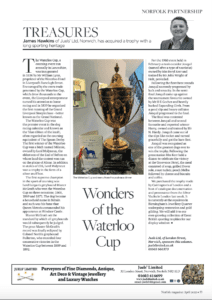